The first patient is a 16 year old male whose vision has been fluctuating for 6 weeks. He also complains about headaches. His primary care physician feels it’s a normal growth spurt and Mom feels it’s migraines as there is a strong family history, but she still wants eyes checked. His vision is 20/20 OD/OS uncorrected and he has bilateral optic disc edema. 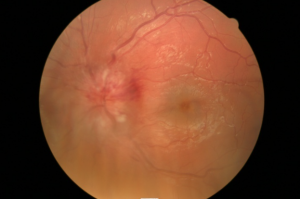 The second patient is a 55 year old woman with progressively increasing hyperpigmentation of her lower legs for the past 6 months. 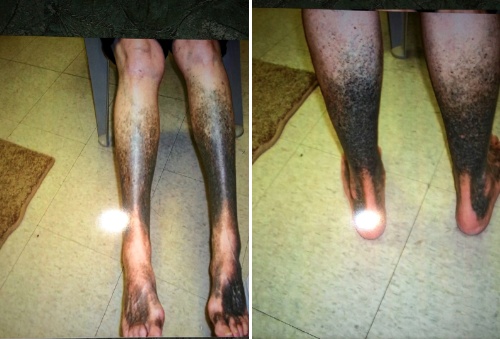 While these two patients are seemingly unrelated, they do have an underlying, unifying cause for their maladies. He had severe acne and was using minocycline 50 mg BID PO and she had meibomian gland disease was using doxycycline 100 mg PO QD.

There are several potential adverse effects from tetracycline and its derivatives. Enhanced photosensitivity is common and dental staining is well known, making this medication one to avoid in children and during pregnancy (Category D drug). Tetracycline can enhance the effects of coumadin and digoxin. Intracranial hypertension resulting in pseudotumor cerebri has been reported, albeit uncommonly. Cutaneous hyperpigmentation is a well-known side effect of tetracyclines, but doxycycline-induced cutaneous hyperpigmentation has only been rarely reported.

The 16 year old male was evaluated (with serology and neuroimaging) for potential causes of bilateral disc edema. When no other etiology was discovered, he was diagnosed with medically induced pseudotumor cerebri. No further evaluation was undertaken for the 55 year old female as the hyperpigmentation was quickly understood to be medically induced. Both had their medications immediately discontinued. His disc edema resolved without complications and her pigmentation diminished over several months. 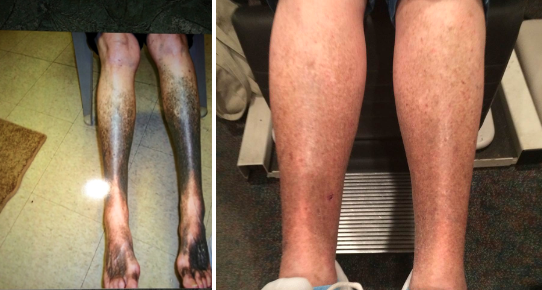