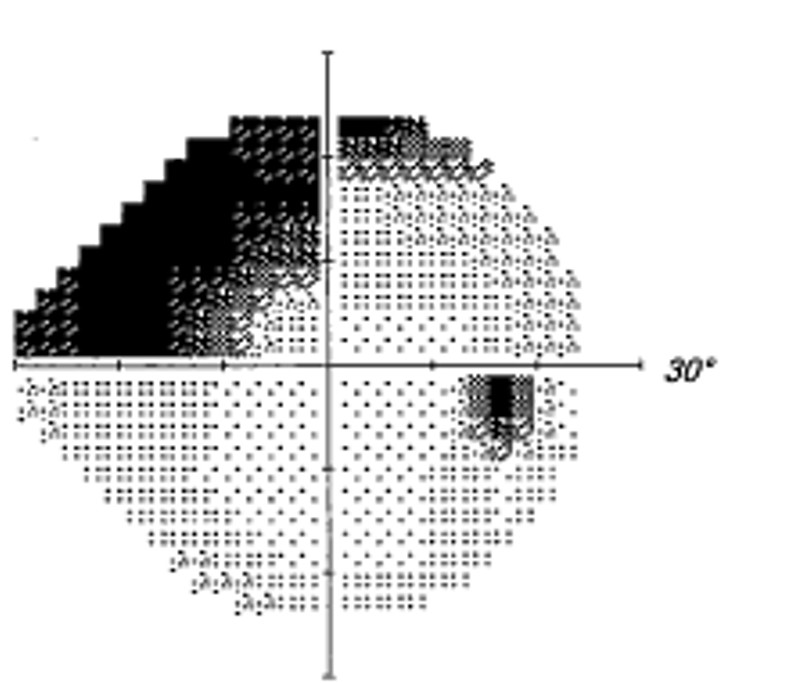 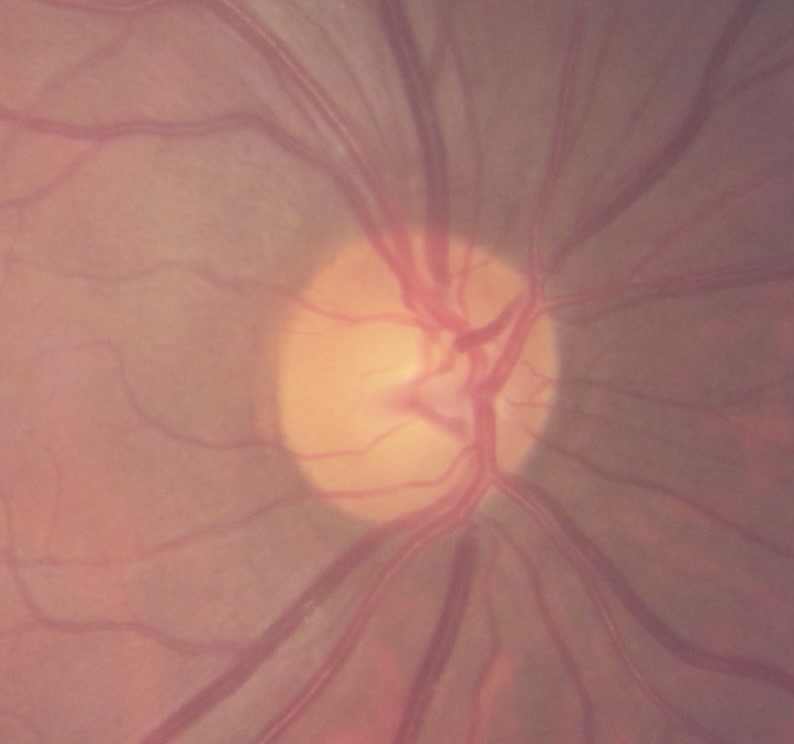 A case of very high pressure

A 21-year-old woman was referred for assessment of elevated intraocular pressure (IOP). She did not recall the IOP level, nor did she bring any referral form from her previous doctor. She presented in no acute distress and had no ocular discomfort. She did complain of “whiteness all over in her vision” in each eye for the past several months and felt glasses didn’t help. Her medical history was positive only for asthma.

She was 20/40 OD, OS with pinhole. Her pupils were normal without afferent defect. Biomicroscopically, both corneas were perfectly clear and her anterior chamber was deep and quite without inflammation in each eye. Gonioscopically, she was open to ciliary body completely in both eyes with no abnormalities and her central corneal thickness was 639 microns OD and 640 microns OS. She had moderate glaucomatous damage in each eye. The most impressive feature given the clinical findings was her IOP: 72 mm Hg OD, OS.

The pieces quickly fell into place. Her reduced visual acuity was explained by bilateral posterior subcapsular cataracts (PSC). Her appearance was classic for Cushing Syndrome with a “moon face” and fatty deposition between her shoulder blades (Buffalo hump). Upon questioning, she reported an unexplained weight gain of 40 pounds over 2 years and hair loss. She then admitted that her prescribed inhalers did not give her enough relief for her asthma and that she was self-medicating over the past two years with IM dexamethasone injections (8mg/2ml) that she was obtaining from another country and using PRN and as often as twice weekly. Her cataracts and glaucoma as well as her Cushing Syndrome were all self-induced from her indiscriminate use of systemic steroids.

Cushing disease is caused by a pituitary tumor that over-secretes the hormone ACTH, thus overstimulating the adrenal glands’ cortisol production. Cushing syndrome refers to the signs and symptoms associated with excess cortisol in the body, regardless of the cause. Patients who use high doses of steroids for conditions such as asthma can develop Cushing Syndrome. Weight gain is a key symptom. High levels of cortisol result in a redistribution of fat, especially to the chest and stomach, along with a rounding of the face. A “buffalo hump” may develop as fat accumulates on the back of the neck and shoulders. Other findings may include thinning of the skin, excessive pink or purple stretch marks known as striae, easy bruising, hypertension, diabetes, osteoporosis, muscle weakness, and interruption or changes in menstrual periods. Exogenous steroid use can shut down the body’s innate production of cortisol. Exogenous steroids should never be suddenly stopped without medical supervision as this could lead to dangerously low levels of cortisol and possibly life-threatening complications.

This patient was put on topical IOP lowering therapy and immediately referred to an endocrinologist who confirmed the diagnosis and put the patient on a slow oral prednisone tapering dose and several new inhalers for her asthma. She was also diagnosed with iatrogenic diabetes from steroid use. Unfortunately, her IOP went no lower than 56 mm OD and 60 mm OS despite maximal tolerable medical therapy due to the need to temporarily continue an oral steroid. Due the persistent elevated IOP, she was urgently referred for incisional glaucoma surgery.